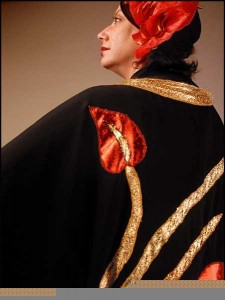 Laurel Ann Bogen is the author of 11 books of poetry and short fiction including Washing a Language,Fission,The Last Girl in the Land of the Butterflies,The Burning, Do Iguanas Dance, Under the Moonlight? and Rag Tag We Kiss. Her latest book, Psychosis in the Produce Department: New and Selected Poems 1975-2015, is published by Red Hen Press. Some of the poems include QR codes that link to audio files of select poems. For more information, contact Red Hen Press.

From 1996 until 2002 she was literary curator at the Los Angeles County Museum of Art, where she coordinated the Writers in Focus poetry series and co-authored a grant sponsored by Poets & Writers, linking the museum’s education department with Beyond Baroque Literary/Arts Center to create a writers-in-residence program. She has been an instructor of poetry and performance for the UCLA Extension Writers’ Program since 1990 and received the Outstanding Instructor of the Year in Creative Writing in 2008. Selected “Best Female Poet/Performer” by the L.A. Weekly in their Best of L.A. issue she is well-known for her lively readings and is a founding member of the acclaimed poetry performance troupe, Nearly Fatal Women.

Bogen has read/performed in venues as diverse as Cornell University, The Savannah College of Art and Design, The Knitting Factory (NYC), The DA Center for the Arts, The Los Angeles Metropolitan Transit Authority (Metro-Rail), The Museum of Contemporary Art and LACE. The recipient of the Curtis Zahn Poetry Prize from the Pacificus Foundtion and two awards from the Academy of American Poets, her work has appeared in over 100 literary magazines and anthologies including The Misread City, California Poetry From The Gold Rush to the Present, The Outlaw Bible of American Poetry, Stand-Up Poetry: An Expanded Anthology, The Maverick Poets, Poetry Loves Poetry, Grand Passion, Gargoyle, Rattapallax, Pearl, Solo, Bakunin, Yellow Silk, Mississippi Mud, Jacaranda Review, Los Angeles Times and Chiron Review.

28 thoughts on “About Laurel Ann”